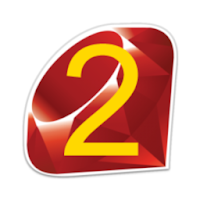 Have you ever wondered what goes on inside your computer? Who tells it what to do when you click on the mouse, browse the web or play games? It's all due to computer code, millions of lines of instructions that tell the computer how to behave. And in these set of tutorials, we will learn how to do just that - to make the computer do your bidding! To tell the computer what to do, we need a language that both we and the computer can understand. This is the purpose of a programming language - to interface between the programmer and the computer. These languages often have strict rules which govern how you can say what you want to say, which is called its syntax. Learning the syntax of a programming language is often the first step of learning how to program, but certainly not the most important. In the following pages, you'll learn how to program using Ruby, a most popular language, but you will be introduced to concepts that transcend languages. Once you've mastered these concepts, you can begin to program in any language that you want.

So, let's get rolling, by installing one of today's most popular languages - Ruby.